All You Need to Know About the Kitchen Work Triangle Theory

A lot happened in the 1940s. Much of the Western world was recovering from a devastating war. But good things also happened during that period. The idea of the American dream was born around that period, Jeeps hit the market, and kitchens were full of Tupperware. One of the most significant innovations in home design also happened during this period – the kitchen work triangle theory.

Read on and find out why it is influential and how the 21st century kitchen designers follow the theory. But first, here is more about the concept and its history. 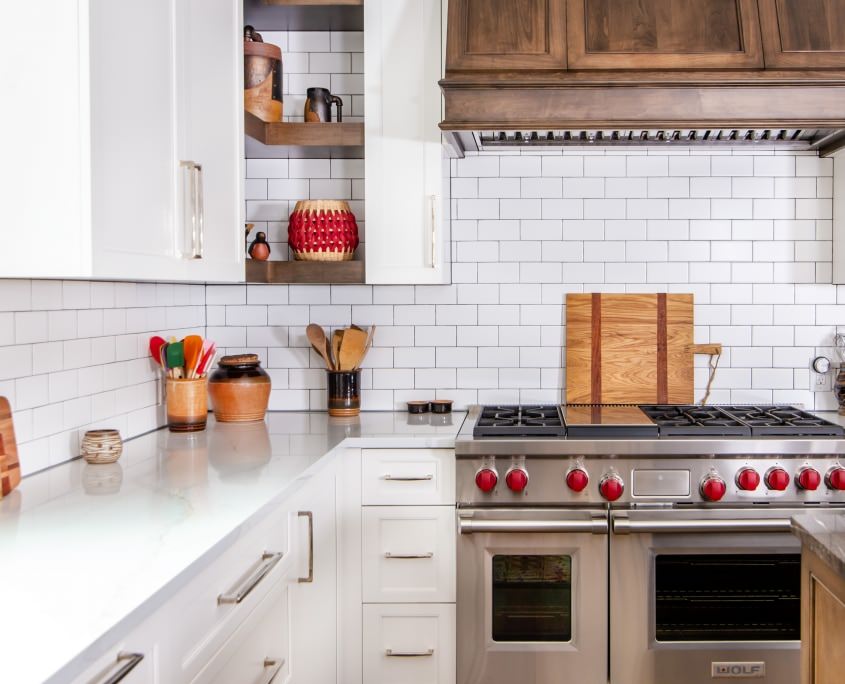 The kitchen work triangle theory; what is it?

The kitchen triangle or the golden triangle is a design concept that states that the three main work areas in a kitchen should form a triangle. By following this concept and optimizing the distances between each point, one saves resources. The theory helps builders to consume fewer materials, and homeowners save time and energy and avoid accidents.

The three main working areas are the sink (working surface), the refrigerator (the store), and the stove or cooktop. By drawing imaginary lines between these three work centers, you can make the kitchen work triangle. 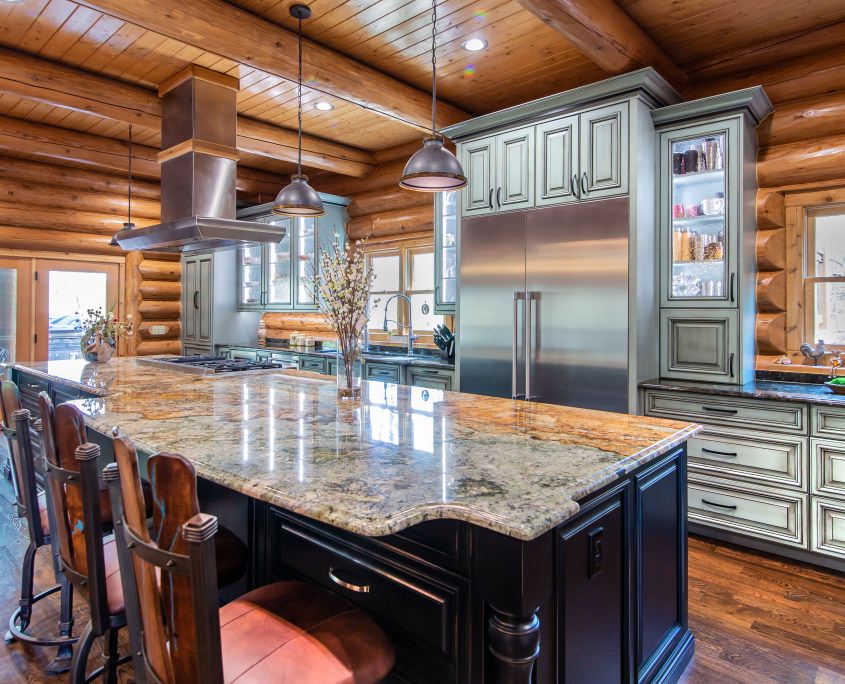 The history behind the theory

During the first half of the 20th century, the world experienced a lot of turmoil and destruction. But as the wars ended, the atmosphere was full of optimism. There were plenty of creations and innovations. Engineers, led by Lillian Moller Gilbreth, designed an L-shaped kitchen to optimize motions. Movement in the initial design was called the “circular routing.” Later on, in the 1940s, designers at the University of Illinois School of Architecture developed the first model kitchen based on the work triangle theory.

Dimensions and rules of the theory

To save building materials and optimize movements in the kitchen, designers recommend the following dimensions:

In other words, the ideal kitchen should not be too small nor far apart.

Besides these rules on dimensions, designers recommend that there should not be significant traffic flow or obstacles within the triangle. Plus, tall cabinets and other full-height furniture or fixtures should not come between two points of the imaginary triangle. 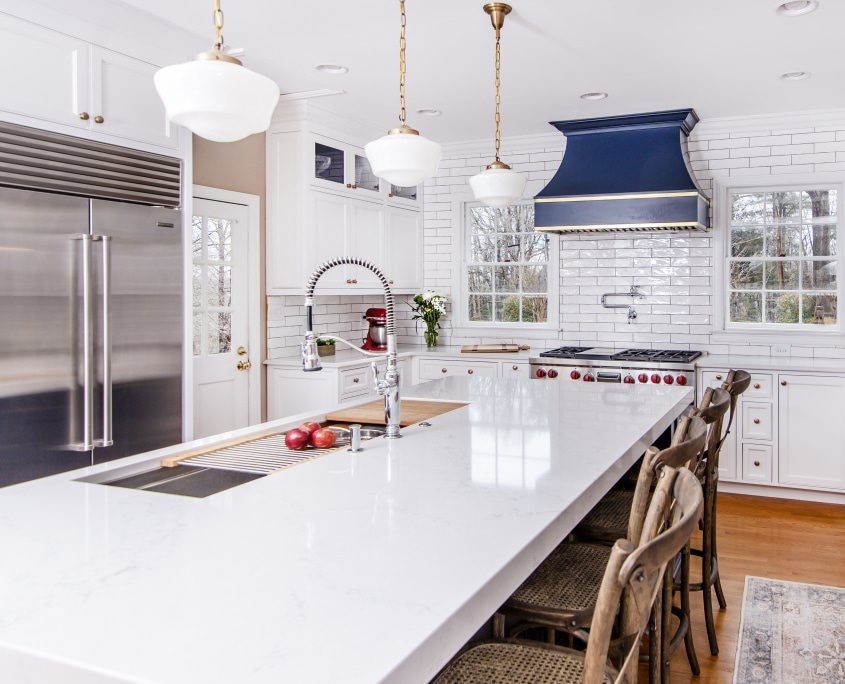 How does it work?

At the core of the kitchen work triangle are the three key points or workstations: cooking, cleaning, and storing. Each leg of the imaginary triangle represents how traffic moves in the kitchen. Motion in the kitchen involves frequent back and forth trips along the triangle legs. It creates a sort of rotational movement. By optimizing space between these three points, the design reduces the total distance covered by a person performing the three essential duties in the kitchen.

It is also essential that there should be no obstruction or flow of traffic within the triangle. Features such as kitchen islands would block the flow. They would be hindrances to the efficiency of the design.

The kitchen work triangle in the 21st century

More than 70 years after developing the kitchen work triangle, the theory still significantly influences modern-day kitchen design. However, a lot has changed in design and technology. Our lifestyles have also significantly changed.

In the mid 20th century, the kitchen was a behind-the-scenes workplace utilized mainly by women. Men seldom went to the kitchen, and children only accessed the room when needed. The kitchen was like a workshop designed to be occupied by one artisan. But the 21st-century kitchen has changed. Couples and families spend time there and enjoy doing kitchen activities together. Changes in lifestyles and the introduction of modern equipment like microwave ovens, tablets, and dishwashers inspire larger designs and more elaborate movements.

Instead of the typical kitchen work triangle, designers use the same principles to assign work zones in large kitchens – special areas for a particular type of work.

Your kitchen could have a baking zone, a prep zone, a bar, etc. In such work zones, the principles of the kitchen triangle theory are critical. They help to optimize movements. Each area should have everything you need for the work within proximity. By applying the kitchen triangle theory to each zone, you can reduce motion within the section. For example, your bake zone should have measuring cups, a rolling pin, a baking pan, and other baking equipment and materials close to the oven and a working surface. As you figure out how each zone will look, think about movements between the zones. It should also be without obstruction. For example, travel between the baking section and the sink should be flawless. 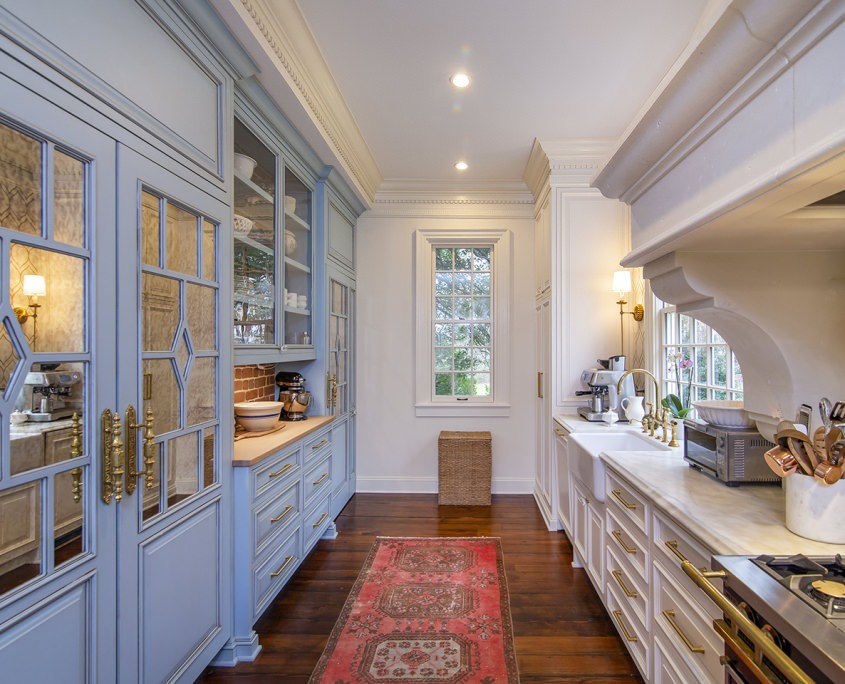 Due to the pressures of modern life, our living spaces (including the kitchens) have changed. More people live in urban areas in attached homes such as duplexes and apartments. Kitchen designs have transformed to accommodate the demands of 21st-Century lifestyles within smaller spaces. Some of the popular modern small-space kitchen designs include the following:

It does not matter if you live in a large home with an expansive kitchen or a studio. You can still use the tenets of the kitchen work triangle and enjoy the following benefits:

A final word on the kitchen work triangle

It is vital to consider traffic flow, accessibility of the fixtures, and safety in the kitchen. A lot more is demanded of modern-day kitchens. They are no longer the traditional secluded work centers. They are spaces where families gather and bond. Plus, there is a demand to accommodate (more) modern equipment. However, the design should always consider the primary functions. Movements by the cook should be flawless and with minimum obstruction. Of course, you could still set up the classic kitchen work triangle. But if you want some extra space to bond with family and enjoy jiving while cooking or cleaning, worry not. You can bend the triangle and create new kitchen layouts.

Recent projects added to our site

Get Your Budget Analysis – See How

Find out more about our Kitchen & Bath Services

Design solutions for your home

5 Ways to Stretch your Kitchen Renovation Budget
Scroll to top